0
For Rent For Sale

Paris East Mall is one of the best commercial, medical and administrative malls that exceeded all expectations, it is not only a place to sell and buy, but it has passed it to find in the mall all the things that improve your mood and all recreational means, especially after confirming the reservation of your commercial unit inside the mall in the New Administrative Capital, which has become a shopping legend where tourists from all Arab countries come to shop and choose what suits them of the most famous international brands, now take the initiative and reserve your dedicated unit and start your business in accordance with the elements of the modern era and shopping methods.

Where Is The Location Of Paris Mall

Paris East Mall is located in the most distinctive sites of the New Administrative Capital on the largest area of commercial malls with an area of 27 thousand square meters, this project includes 11 floors divided into three sections as the commercial shops starting from the ground floor to the third floor, and from the fourth floor to the seventh floor has been allocated to administrative units, and the eighth floor has been allocated to for medical units, while the 9th, 10th, and 11th floors have been allocated in for hotels.

Paris Malls are located in MU23 and branched into four main streets, overlooking the Olympic Games area, the largest tower on the African continent, the commercial district as well as the sports city, it is the legend of the malls, it is one of the most important links that connect residential neighborhoods and all government institutions.

Paris East is close to many vital places:

The floor includes a range of shops that have been allocated to household appliances, clothing, shoes, super brands, electrical appliances, and furniture stores with the world’s most famous brands, with spaces starting from 45 square meters and a number of systems for installments and payment methods.

It includes a number of beauty centers, beauty center, gym and spa for men and women, as well as some administrative offices, some of the accredited centers for telecommunication networks, and a number of accessories stores.

This floor has a number of entertainment facilities including:

Cinemas and displays in high-resolution technology.

Restaurants and cafes serving the world’s most famous dishes.

Pyramids Developments is a French company founded in 2000 and has carried out many projects within France and started its work within the Egyptian real estate market in 2013 and has a volume of investment exceeding 3 billion Egyptian pounds.

On a large area, the company established a stunning project with global resources on the Egyptian land, Paris East Mall, that project which reached the volume of investments about 750 million Egyptian pounds as it became a distinctive gesture to revive the Egyptian real estate market by pumping a number of large projects in an important area that has become one of the most important new areas, the New Administrative Capital.

The executing company sought to make a number of features available in Paris Administrative Capital project to be implemented within it, and it also seeks to increase the comforts and entertainments of customers and mall visitors in order to attract the largest number of customers and investors and provide all the requirements to meet their desires from other residential, commercial and administrative projects located within the New Administrative Capital.

The first entrance is separated from the garden of the Presidential Palace by 100 meters wide street.

The second entrance separates it from the government district, the Minister’s Cabinet, and the Parliament, a 75 meters wide street.

The third and fourth entrances are two side streets in the Administrative Capital.

Pyramids Developments has introduced a number of full-finished commercial units with different finishes at different prices, some of which are as follows:

The price per meter in administrative units starts from 35,000 EGP with special installment systems suitable for customers.

The price per meter within ground units (first floor) in commercial units starts from 11,000 pounds up to 125,000 Egyptian pounds.

Where is Paris East Mall location ?

commercial medical and administrative mall in a privileged location within the New Administrative Capital where it is located in front of the Olympic Village and between R3, R2 regions 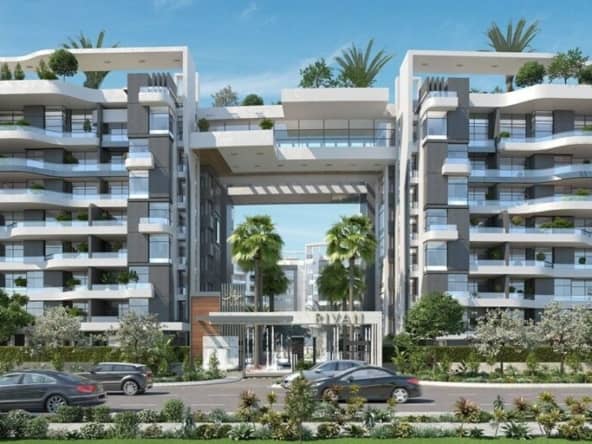 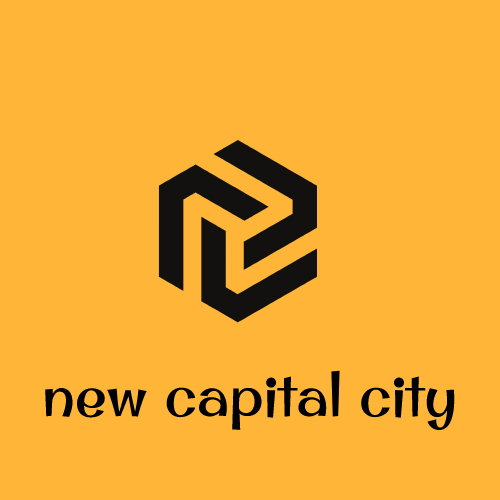 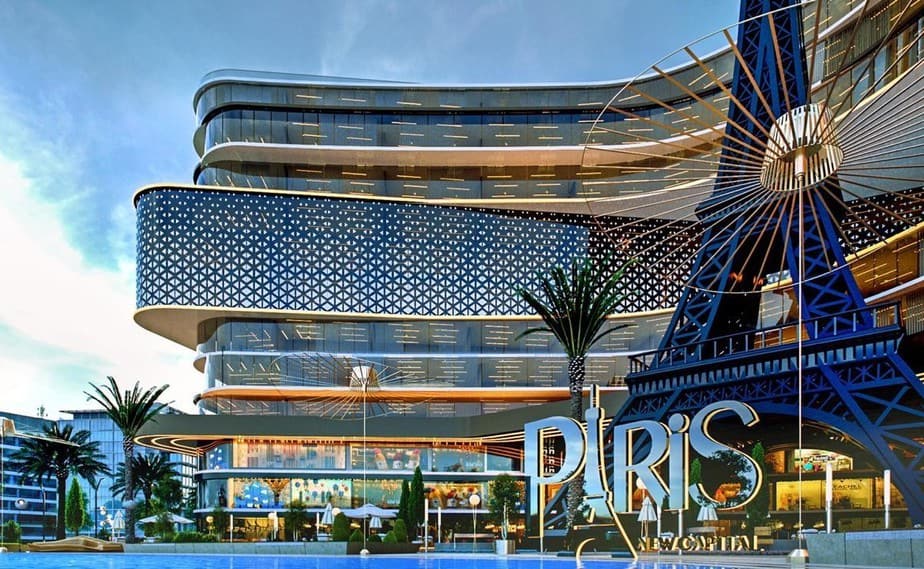